[Coronovirus (Covid-19) Support]: Please check for Travel & Hotel Restrictions.Travel may be permitted only for certain purposes and in particluar,touristic travel may not be allowed. Show More

: 1 Hotels Found
Deal of the day 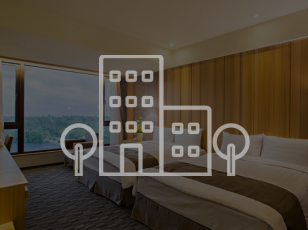 Per Room Per Night

Often called ‘the Silicon Valley of India,’ Bangalore is the heart of India’s IT industry. Its lush green spaces have also earned it the nickname ‘Garden City of India.’ All around the year, the city remains swamped with businesspersons as well as tourists. Blessed with a temperate climate, Bangalore also boasts a burgeoning shopping, eating and nightlife scene which appeases one and all. Sights of nature and the impressive Victorian-era architecture are among the other draws of the metropolis. Book cheap flight tickets and hotels in Bangalore to experience first-hand, the many offerings of this bustling metropolis.

Places to See in Bangalore

Lalbagh Botanical Garden – Lalbagh Botanical Garden traces its roots to 1760 when it was established by Hyder Ali as a private garden. Take a stroll in its lush environs and come across more than 1800 species of flora. It is a great spot to spend romantic evenings with your significant others. Bannerghatta National Park – The city of Bangalore offers a myriad of experiences and a must for nature lovers is a trip to Bannerghatta National Park. Behold the sprawling greenery and also come across the many creatures of the region. Bangalore Palace – Enjoy a glimpse of the city’s heritage with a visit to the magnificent Bangalore Palace. Its striking façade showcases a medley of different styles of architecture. You can take an audio tour of the palace for an insight into its captivating past. Tipu Sultan’s Summer Palace – Why spend a lazy afternoon at your hotel room when you can explore the magnificent Tipu Sultan’s Summer Palace? It is one of the most sought-after tourist attractions in Bangalore. The Indo-Islamic architecture of the structure is one of its biggest highlights. Cubbon Park – The city of Bangalore is home to many green spaces but none is as popular as Cubbon Park. Spend some time in the soothing environs of the park and forget about the hustle and bustle of the metropolis. Ulsoor Lake, ISKCON Temple, Vidhan Soudha, Commercial Street, MG Road, Jawaharlal Nehru Planetarium and Lumbini Gardens are among other points of interest in Bangalore.

Where to Stay in Bangalore

The staggering number of business and leisure travellers frequenting the city has given rise to a vast number of hotels and resorts in Bangalore. Accommodation options are available for budgets of all sizes. Thus, you will have no trouble in finding a place to stay that’s perfect for you. If you want a luxurious stay, then one of the 4-star and 5-star properties will be perfect for you. Most popular among these are Hotel Oberoi Bangalore, ITC Hotel Bangalore, JW Marriott Hotel Bengaluru, The Park Hotel Bangalore, Vivanta by Taj Bangalore and Renaissance Hotel Bangalore. You can save money by booking one of the 1-star or 2-star hotels in the Garden City of India. HappyEasyGo always has the best online hotel booking offers that help you save big.

The city enjoys a moderate climate all year. Thus, you can plan a trip to Bangalore at any time. However, the time between the months of October and February is exceptionally good for a Bangalore visit. The weather remains pleasant, dropping to a minimum of 10 degree Celsius.

How to Reach Bangalore

The easiest way to reach Bangalore is by booking a flight to Kempegowda International Airport, which serves the city. It hosts air services from around India and the world. New Delhi, Mumbai, Kolkata, Hyderabad, Goa and Pune are among the cities that are connected to Bangalore via regular flights. Besides, you can also fly in directly from several major cities around the world.

Hotel located heart of the city and very good ambiance. Very good parking facility and security is there very professionally. At the check in warmly welcome by reception staffs .Housekeeping service and food is excellent .Overall I will say excellent stay in ramada .